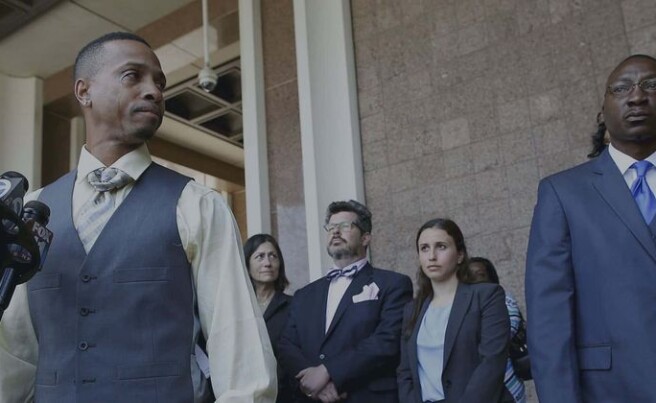 Today’s guest is Obie Anthony. In 1995  Obie Anthony was wrongfully convicted of murder & attempted robbery at 19 years of age in Los Angeles due to prosecutorial misconduct, ineffective legal defense and perjury. Prosecutors relied on the testimony of a convicted killer and pimp who ran a house of prostitution near the crime scene. Obie was sentenced to life without parole in the state of California.

Through the Northern California Innocence Project, and the Loyola’s Project for the Innocent, Anthony was released in 2011 after serving 17 years in prison. His exoneration was based on a lack of physical evidence connecting Obie with the murder and evidence that the prosecution withheld that would have proven his innocence.

Obie received multiple settlements including $8.3 million from the city of Los Angeles and $583K from the state of California. In 2015 Obie founded Exonerated Nation based in Northern California. Find them at their website: https://exoneratednation.org/

RJI is pleased to share Obie’s story with you today and to introduce the work of Exonerated Nation. Restorative justice applies to each wrongful conviction found in the U.S. and globally.

(photo: from left, Obie Anthony at microphone with Reggie Cole)

I know that there are many men locked up for being wrongfully accused and given sentences because lack of money as well as being black. My son has been locked up since 2009. Lack of evidence. But still he was sentenced 2 life sentences and noone was murdered. But of coursewere still trying to fight this. I think Obie you are 1 of the many that has been wrongfully accused. Thank God for these people that help you and I’m assuming you did your homework as well. But I would truly like to know if you guys know anyone that might be able to help my son.