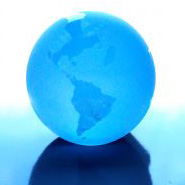 RJI is pleased to share this news since we know it reflects the rapidly growing support for restorative justice globally. As countries and states use and invest in restorative justice processes governments learn it is money well spent.  Not only are offenders held accountable for their actions after crime but crime victims’ needs are addressed in ways that allow healing, on some level, while involving communities.

There is always room for improvement as justice systems learn more about the use of restorative justice, understand how to make restorative justice more accessible to crime victims and create opportunities for offenders to take responsibility for their crimes.

There are 3 comments. Add Yours.

This is wonderful. Cameroon is currently working on its penal code, and some articles are beginning to take the direction of RJ. We advocated for this under prison Fellowship Cameroon. How I wish the Cameroon government could copy this example.
Congratulations to you and your team Lisa.

Thank you, Ngeh. Let us hope RJI can work with you as well as we go forward. We believe strongly in partnering with others.