Clergy Abuse Around the World: is Restorative Justice Possible? 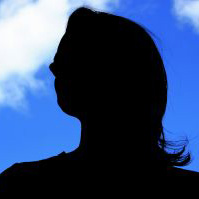 We are posting two articles today related to clergy abuse of children and particularly the Catholic Church’s response to it. RJI has been forceful about its comments on this subject for many years—since our founding and before through the work of Lisa Rea through JRP.

The following is an interview on PRI with Irish victim of clergy abuse, Colm O’Gorman.  We have watched his story unfold for many years and have appreciated his voice for justice for victims of abuse like himself. This interview aired in January 2014.

The second story appears in the New York Times on March23, 2014.  Pope Francis appointment of a new group to examine the clergy abuse scandal. To some, including Colm O’Gorman, there is some hope generated from this action. Other victims’ voices, including SNAP, are not encouraged.

RJI continues to hope that healing can occur in the lives of victims of clergy abuse, those who have come forward and those who are still hidden. We believe that offender accountability is possible which would also include transparency as many have called for.

RJI continues to advocate for change based on victims-driven restorative justice.