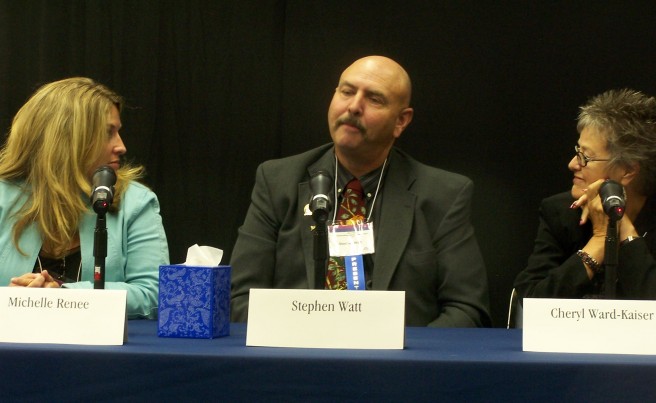 Wyoming state trooper Stephen Watt tells his story to Lisa Rea of Restorative Justice International. Watt was shot five times while on duty. He lived to tell the story. He also chose to meet the offender who shot him–on his own. There were no facilitators or programs that assisted Steve. He wanted it to happen and he made it happen. Not an easy thing.

The intensive interview  at this link talks about his journey.  At the time of the interview Watt was a former state legislator from the state of Wyoming. As of January 2013, Mr. Watt is again serving in the Wyoming State Legislature. He was re-elected in 2012.